“Fake News” is not new. Good comrades all my life have sat around analysing how the establishment has been lying to us. It was generally accepted that the news was fake, what the establishment wanted, and how we had to be careful what we believed, how we were conditioned. Sadly in my job as a teacher I met the same conditioning – “fake news”, and I was always conscious of how much teaching reflected the establishment bias. You lived with it, and if you argued with it you lost your job.

Trump and Brexit have started labelling this establishment bias “fake news”, but what they are looking for is “pro-Trump news” – not the truth. What has also happened with this approach to “fake news” is that many people (Liberals) as a reaction are now accepting establishment media as news when it has always been lies and will always continue to be lies if controlled by the 1% as it is. So now we have a public battle for what is fake or not, when in reality all we have is one bias or another – neither being truth.

I watched Frankie Boyle (New World Order s02e06) and got very angry with his panel who were blaming the Russians for meddling, Frankie at least said that the Americans have been meddling for years. The point for a British programme is they should have been saying that British establishment have been conditioning for years. Chris Mullin’s “A Very British Coup” clearly demonstrated that the media were part of the establishment lying to the UK people – trying to get rid of Harry Perkins. Blaming Russians is deflecting away from the reality that the establishment has been lying to us for years. Trump’s analysis has used the truth that there were establishment lies and manipulated the situation so that whatever truth is being said is slated, and he then proceeds to define truth as what he accepts. Because people have been conditioned for years they have no tools with which to cope with his political tactic.

This conditioning also applies to facebook, it is why they have the model they do. Because people have been conditioned as advertising fodder, facebook used that as its monetising model and have made a fortune accordingly. Now people are complaining because it has been found that the “Russians are doing it”. How much they are doing it I don’t know, but there are plenty of others doing it including Trump and the establishment. What hasn’t changed is that people do not know how to cope.

Facebook it is relatively easy – never click on an ad. Be careful who you listen to, if they are not your friends. If you don’t know who is saying it don’t listen. If you try something new be discerning. What if your likes and friends zoom because they are bots, it is meaningless. Be discerning, it is not then a problem. We have never been told the truth, why would it start now because a politician calls “fake news” for his own benefit.

With regards to online what is also not always recognised is the difference between human speech and speech online, they are far from the same. For example it is far easier to discern people who are winding you up in person, and it does happen far too often. We develop human skills of discernment in person to cope with this. We have our own lie detectors, we have our own abilities to examine agendas and determine why someone is saying something to you – to some extent. All of this disappears online as it is not a human personal interaction.

Basically online should be considered as garbage unless you are absolutely certain it is not.

How many times do you have an in-person conversation and realise that there is no real communication going on – a wind-up or whatever. Then you walk away. Online you cannot know this so just walk away.

Online there is nothing invested. If I discuss in person I can determine whether someone is genuinely having a dialogue or has some other agenda – or at least I can try to do this. Online I cannot measure this so why bother to try – just walk away. Have a code of conduct where you only try to speak the truth, and assume that the other person is disingenuous unless you know for sure they are not.

I was sparked to write this blogpost because of this vid put on my twitter. At 6.40 mins one of the panel presented the problem as fake news presented by bad actors, listing the bad actors as right-wing people and media who talk about Fake News. The approach is quite straightforward, they are seeking methodologies to get back to where we were before the recent populist manipulation by the right. This approach is wrapped up in terms of truth, current disinformation etc., and is predicated on the assumption that what was loosely the truth 10 years ago (pre-Fake News, pre-Trump and Brexit), what was presented in schools and unis, what was listened to on the couches of armchair liberals, was actually the truth.

In the US Obama was a turning point and is a useful example of what was considered relatively nice. Obama, hopey-changey, was sugar and Teflon rolled into one, and in the US liberals want him back. But on closer inspection what did he do? Invasion of Libya. Drones on Yemen, now a war in Yemen with NATO backing Saudi oppression. According to Google the war in Syria started during Obama’s presidency. None of these were voted for in Congress. He did nothing about Israel’s oppression of Palestine. I assume he made Liberals in the US happy, but under his administration the US pursued its usual war agenda. Is this the “truth” that the panel want to get back to? No, but this is the truth that was happening.

The truth they want is the neoliberal truth where all of this was swept under the carpet. Because Trump broke all the unwritten rules of neoliberalism, the collusion that kept this war agenda hidden was in part brought out into the open. But instead of promoting the truth that war is an integral part of the way NATO countries survive, Trump and Brexit focussed on the collusion, the duplicity of government, liberals, education, to avoid the truth. His strategy was to become a media distraction, thus enabling his backers to sweep away the regulation that hindered business – whilst protecting people.

This panel is not interested in exposing the truth, it is interested in getting us back to the neoliberal state where the bad actors backed by the dark money network did not exist and the genuine left-wing telling the truth were dismissed as crazy.

Whilst I am afraid of where the right is taking us, the reason for the move to the right associated with the current “Fake News” dismissal of neoliberal acceptance was the failure of the establishment in education and otherwise to address the truth. Children grew up knowing they were being fed lies and accepted it because everyone else did … until Trump and Brexit. And now we are paying the price for colluding with this establishment failure.

In western countries neoliberalism continues. Liberals focus on identity politics and pre-fake News neoliberalism. When people come along such as Corbyn and Bernie, the establishment within Labour and the Democrats fight against them and fight for a return to neoliberalism at the expense of their party and the party’s supporters. Instead they use the media (that they control) to continue with the type of truth that existed prior to “Fake News”.

It is no wonder Trump found a fertile audience about the lack of truth, and that is because people like this panel and education in general are not desiring a return to truth but a return to neoliberalism. It could be described as a neoliberal snowflake backlash. Instead of this snowflake backlash Fake News should be seen as an opportunity – not for a backlash but for an educational advance. And this advance should take the form of genuine questioning, not questioning that is answered by snowflake liberalism, but a genuine understanding of what is going on. Teachers should not be telling students the opinions to form – which happened all my teaching life. Teachers should teach techniques of discernment, techniques of thinking things through and consequences, teach about the problems of selective research – only choosing websites that agree with you of bipartisanship. Teachers should teach about emotion in politics – news assessment, how propaganda manipulates through emotion, and how to discern between emotional decision-making, rational decision-making and insightful decision-making; being rational is not always appropriate – it is a conditioned position. Teachers should recognise how much they present has its own inherent bias.

Why do I come to school? To learn. To learn what? How to follow one’s path, how to become a wage-slave, how to become conditioned, how to be free – what is freedom? Are conspiracy theories fake? For snowflake teachers – not all teachers are snowflakes or liberal, these questions have never been answered by what they taught, and for many students they knew the teachers were lying. And because teachers were lying – for some because the job required it, students sought answers in the wrong place – and became vulnerable to the indoctrination of the bad actors.

To return to a snowflake neoliberal backlash – as what initially appears to be the case in the video LINK – is a lost educational opportunity, but it is unlikely that neoliberal educational establishment would ever accept a genuine enquiry that allowed students to determine answers for themselves. Education should not be about the propagating of any viewpoints but an attempt to educate so that students can form their own opinions in a mature way. 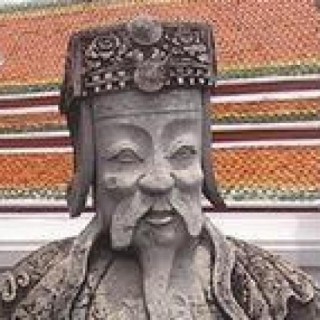 Matriellez is an education writer in the process of writing a book. This blog develops educational ideas. Book is at http://matriellez.zandtao.com,